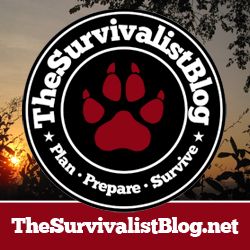 Changes are brewing here at MRE Depot! Taking our website, labels & logos into the 20th century soon. We’re getting all spiffed up for you!

If you have any recommendations we’d be happy to take them and try to incorporate them. After all, this makeover is for you!

Exhibit A: (Seriously) We have hundreds of freeze dried food products that last 25+ years for an unfortunate disaster in the future. (Funny) We also took 2 years in developing bacon that can be eaten straight from the can and can last for 10+ years because of our bacon enthusiasm.

You’ll see that we cover all topics when coming to survival, food storage, the end of the world and it’s multitude of different scenarios as well as some great recipes that can be made with our products. We also love to make note that we are proud of being a United States based company, owned and operated, by a Veteran himself; Steve Cyros. #RedWhiteAndBlue #ThankYouTroops !

Whew! Introduction is over. Small talk is always awkward. Lets get to the stuff that’s important such as a viral plague contaminating the entire world. Don’t let my sarcastic tone fool you, it is more than plausible this can happen and historically talking we’ve already seen massive plagues take out civilizations. I find it ironic that we’re all trying to live forever, holding onto our youth with a death grip and only a handful of people actually prepare to live and prepare for the future.

The human species keeps trying to prolong the human life with many different preventative measures. We try to work out, eat healthier, take better medicine, more surgeries, miracle serums reversing age, and pills that keep us sexually active well into ages that we shouldn’t be. The idea of being immortal has us chasing the goal feverishly but what if it’s actually right around the corner and we don’t need to run? Be careful what you wish for because immortality may come and it won’t be from the fountain of youth as you’d like but may very well come from a viral infection or venomous injection. Yes the Zombie Apocalypse is what I’m slowly working up to. So save your energy chasing the heavenly idea of staying young forever because you’re energy and endurance will instead be needed to outrun a horde of zombies coming towards you eventually.

The idea of a Zombie Apocalypse happening has really got me thinking, not just the typical concerns such as my weapon of choice, where I’d relocate, if I could survive, and where I would look for food and water. I’ve been thinking gravely (yes, I do choose apocalyptic vocabulary to set the mood) into the situation of a world deteriorated by an infernal plague that transforms our loved ones and neighbors into a character from the Walking Dead series. To make things worse there’s no Rick to lead the way for us.

Zombie Apocalypse has us talking about what weapons we’d use, strategic plans and continuously moving to find a safe, unaffected zone but where’s the focus on food? I’m sorry but if you’re in a city why do we always see the local drugs stores as a food source? As if they were never looted to begin with. Let’s break this down just a little; the first outbreak would spread through worldwide news quicker than the plague its self. We’d have massive looting of all major malls, grocery stores, gas stations and convenience stores of any kind. This is not an option people. Most would counter with well there’s hunting! Yes, hunting how could I forget! Well I’d agree with you on this. I’d hope that the average American that was close to wildlife in the first place would have basic knowledge on how to kill an animal, preserve it, cook it and of course keeping quiet the whole time as to avoid human invasion and zombie attacks. You lucky mountain people and rural Texans are looking pretty good right about now.

Well at least for now. Eventually the wildlife supply will diminish due to the zombie virus affecting them as well. Yes there will be a carnivorous Bambi out there that you can’t hunt. What’s worse though is that Texans now become vegetarians and grazers? This news is as almost as huge as the apocalypse itself! Now don’t get me wrong it would take time for the wildlife population to slowly deplete since Zombies are slow moving and most animals will out run them but we don’t know if time is on our side or not and if it’s not then eventually we’ll have to look elsewhere for protein. The first thing you should do as an Apocalyptic Prepper is start storing and stocking up on freeze dried food products as well dehydrated foods. This is a great secondary food source that should be resorted to if wildlife was scarce, unattainable or your food loot were to run out. This food lasts for minimum 25 plus years (as mentioned earlier) and as much as I’d hate to prepare for a future that long it doesn’t hurt to do so. How many scientists will survive to cure this infection? If any? I wouldn’t want to go out starving or by a zombie bite so this is a great alternative for food. Basically almost anything can be freeze dried or dehydrated and Future Essentials at MRE Depot has the best tasting freeze dried food so far. I am biased yes. I work here for a reason though! We have a variety of meats that are very important that a lot of places don’t have such as freeze dried whole chicken breasts and beef patties whole. The key to this survival of course is filtered water since you need to add water to the food for full restoration of it. I say filtered because most people during the Zombie Apocalypse will head towards rivers, where yes it’s mostly uncontaminated, but the disease, virus or venom will contaminate the water eventually as well. I will cover in another blog on how to filter water naturally or how to use our filters and containers soon. Having protein though is essential especially since this will become hard to find. Even if you don’t have a ranch with tons of storage space there is always room for a reserve wherever you live; first meats, fruits/vegetables and then pastas.  There are more food necessities then this but I wanted this blog to be an introduction to the thought of long-term, shelf food. We need to talk about this now since we all know our weapon choice against Zombies already. I think this topic is well covered. Just so you know I definitely am Michonne with a giant katana blade.

Specializing in MREs, Freeze Dried, Canned and other shelf stable bulk storage foods as well as a variety of first aid kits. "When disaster strikes the time to prepare has passed."™